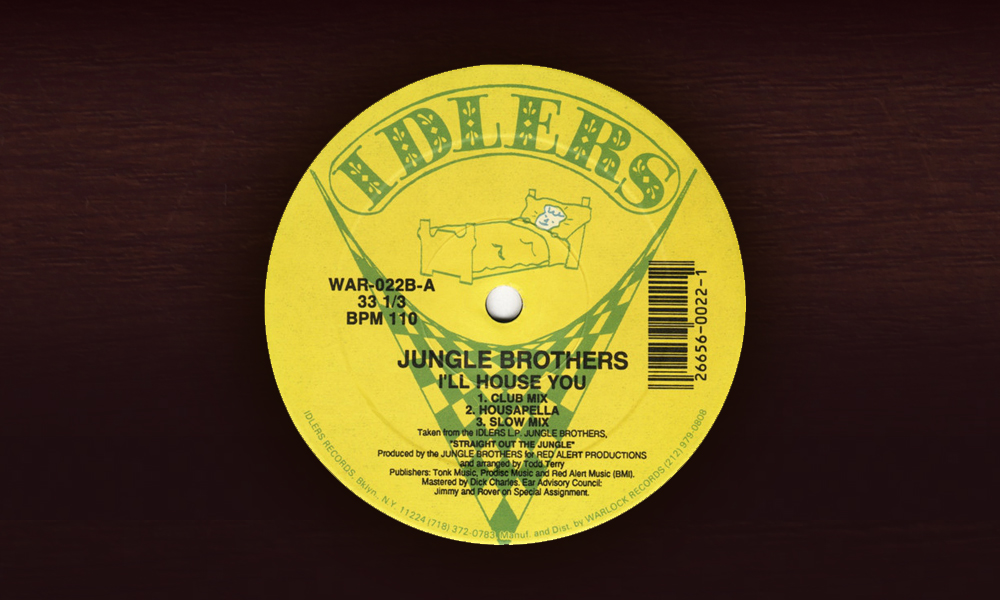 ‘I’ll House You,’ a seminal track by the Jungle Brothers, is one of the greatest and most popular house tunes ever. But, what if you learned it very nearly didn’t happen? What if the track almost never existed?

Although it’s now an iconic song for hip-house heads, house heads & hip hop heads around the world the track that took the scene by storm very nearly didn’t happen. While other hip-hop artists in the 80s caught fire, the Jungle Brothers went off in another direction.

Learn how ‘I’ll House You’ became part of the history of house music, despite the best efforts of an outdated distribution company.

Straight Out Of The Jungle

‘Straight Out Of The Jungle’ was released by the hip-hop trio The Jungle Brothers, in the late 80s. Although it was famous for the club hit single, ‘I’ll House You,’ the song wasn’t added until later reissues of the album in 1988.

What was the reason for this? It’s because the record didn’t exist until an impromptu session between The Jungle Brothers and Tony D, the owner of Idlers Records, and Todd Terry. As they reached the end of the album, the song might never have happened if it wasn’t for Tony D’s off the cuff remark – ‘hey, you guys wanna make a house record?’

Afrika Baby Bam loved this new music form, a regular at New York’s house clubs, so they jumped at the opportunity. Within twenty minutes, and after throwing a few shapes, Afrika Baby Bam had his verse written. The track was done after three takes, Todd Terry provided his classic – Party People and Can you feel it hits, (which were already laden with hip-hop samples) as backing tracks, and ‘I’ll House You’ was about to announce itself to the world. Boom!

‘I’ll House You’ was entrenched in 80’s hip-hop – the title itself is slang within the community. However, once Todd Terry got his hands on the group, it swiftly transformed into a favorite for house heads in New York. Thankfully, Terry and the Jungle Bros were on the same label and quickly formed a relationship.

After a couple of weeks, the ‘Straight Out Of The Jungle’ album had to be remastered to include ‘I’ll House You’ as DJs, clubs, and house fans were desperate to own it.

Still, it wasn’t all plain sailing. Warlock, the owners of the pressing and distribution deal, laughed at the song when they heard it initially, thinking it was a joke. The record was finally put onto a cassette, not vinyl, and house DJs from around New York played it throughout the boroughs’ clubs.

After a couple of weeks, the ‘Straight Out Of The Jungle’ album had to be remastered to include ‘I’ll House You’ (of course, to also help sell more copies of the LP), as DJs, clubs, and house fans were desperate to own it.

The record has a distinct house vibe as ‘Can You Party’ and ‘Party People’ by Royal House (Todd Terry) are the backing tracks. Still, the hip-hop nature shines through, too. Apart from the title, the speed of the lyrics is representative of a rap battle or grime music in the UK as the song was pretty much improv from start to finish.

With the help of Terry, the man behind hip-house music’s move from Chicago to New York and the rest of the US, and his hip-hop breaks, the energized and popular sound reached commercial success.

Today, it’s the iconic hip hop – house fusion that we all know and love. But it could have so very easily never existed! THANK YOU TONY D!