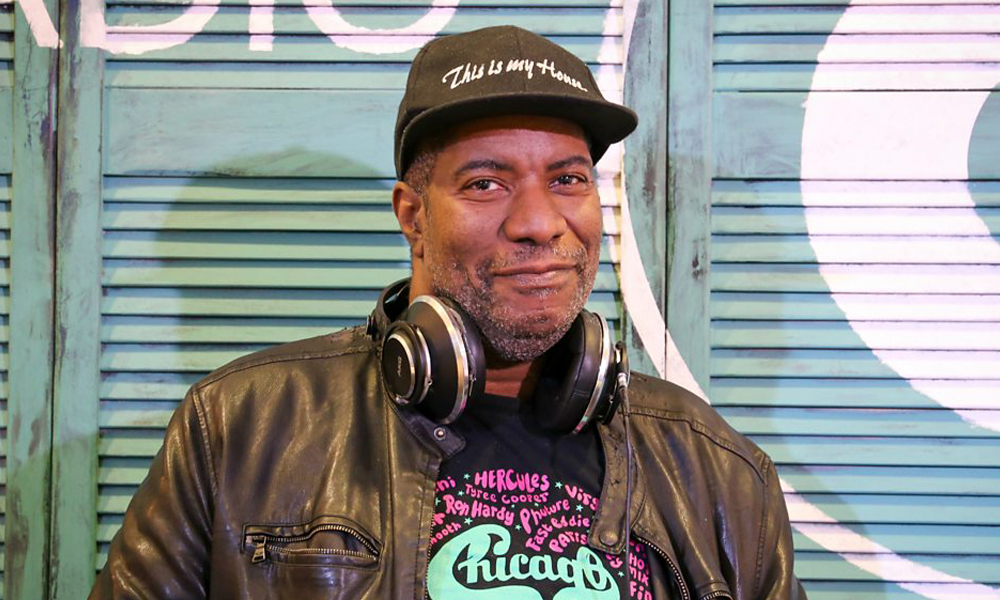 Some people say that while house music would still exist without the genius Marshall Jefferson to guide it, it wouldn't be the same...

Anyone who has heard of Marshall Jefferson will have heard how pivotal his involvement has been in the evolution of house music. Born in Chicago in 1959, Jefferson was the son of a school teacher and a police officer. With such humble beginnings (including going to university to study accounting!), no one could have imagined that Jefferson would be a living legend, leaving a legacy that will last for generations. Some of the most influential tracks in early music include 1986’s “Move Your Body,” a solo effort that was cited to be the anthem of house music.

Jefferson left after completing three years at university to take up work in a post office while heavily into hard rock – Black Sabbath and Deep Purple were his ’70s love! However, by the early 80s, Jefferson was exposed to the musical mixing styles of Ron Hardy. After an encounter at the Music Box in Chicago, Jefferson realized that house music had the feeling he was looking for in music. Following his experience, he bought a sequencer/synthesizer combo and started to mix his own tracks. He passed those tracks onto Ron Hardy, his original influencer. Hardy loved what he heard, and those tracks were dropped into his sets in the Music Box Club.

By the time 1985 rolled around, Jefferson was responsible for the release of six of the biggest hits that Chicago had ever seen. The first track, “Go Wild Rhythm Trax,” was first, with the second produced track being “I’ve Lost Control” with Sleazy D. This became a massive hit in the clubs across Chicago and beyond. “Move Your Body” was introduced by Hardy in 1986, and that’s when house music took a pivotal turn for the better. The crowds loved it, and avid followers of house music mark 1986 the year that house music had its defining moment.

If club-goers thought that Jefferson had peaked with “Move Your Body,” they were wrong. Way wrong. Less than a year after the track dropped, the city had to immerse themselves in the next big thing: acid-house. Phuture (DJ Pierre, Spanky and Herb J) had help from Jefferson to record material and “Acid Trax” was born. It’s known to be one of the most influential songs in house music history. There were hundreds of imitators and other versions of the song within several months of release, and the Chicago house landscape was overwhelmed with TB-303 reverbs for years to come.

After a while, the lack of variety in the acid-house scene saw Jefferson grow tired. Going back to his house passions, Jefferson recorded a slice of house that was inspired by his experience at Music Box club back in the early days of his interest in house music. Thus, “Open Your Eyes” was born and was named the leader of deep house given its level of beauty and emotion. From here, Jefferson enjoyed making a great living in the late ’80s into the early ’90s, and when house music went global, so did he. The secret for Jefferson is that he recorded several tracks that were not in his own name. If you’re familiar with “Lost In The Groove” by Hercules, or “Ride The Rhythm” by Kevin Irving, you’re hearing Jefferson. These both became massive hits in the clubs and still are today!

The prominent house vocal group, Ten City, was born because of the mastery of Marshall Jefferson. From 1988 to 1992, Ten City was massive and made waves in the house scene. After this, Jefferson DJ’d around Europe and spent a big chunk of the 1990s DJing and remixing. Today, Marshall Jefferson resides in Manchester, England, and he knows just how much of a legacy he has left to the world. Jefferson is aware that house music has changed for the better because of his influence, and his involvement in house music has helped it rise as high as it is now. Jefferson has shaped the musical world in which we live!

PrevPreviousKenny ‘Dope’ Gonzalez
NextRon Hardy. Hard house.Next
Some people say that while house music would still exist without the genius Marshall Jefferson to guide it, it wouldn't be the same...