The Curious Story of “Show Me Love” by Robin S 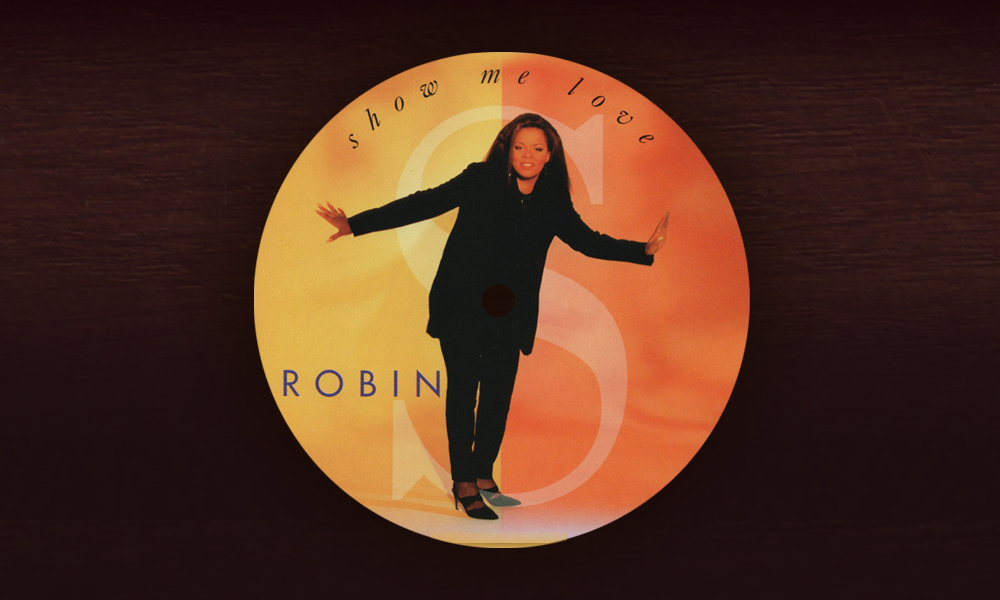 Whether you’re a house-music aficionado or not, you’ll surely know ‘Show Me Love’ by Robin S, a megahit from the early 1990s. But did you know it was pure luck that this record came to be...

Indeed, this was a track that moved far beyond the confines of the nightclub; it was everywhere, and even today, you can still hear the track mixed into sets and played on the radio. It’s one of the all-time great house music songs, one that helped propel house music forward, and which also made Robin S and producer StoneBridge international mega stars…

After falling into obscurity and living in a basement for almost 3 years the Show Me Love song became a mega-hit around the world.

The song that everyone knows and loves…is not the original version of the track—the original dates back to 1990, when it was released by UK label Champion Records (also Robin Stone’s Debut). The earlier track was pretty good (you can hear it below), but it wasn’t all that remarkable. You can imagine that if StoneBridge hadn’t got his hands on the track, then it would have faded into obscurity.

You’ll know Sten Hallström as StoneBridge, his stage name. He’s a Swedish DJ & producer who was doing fine working on largely unrecognized tracks until he discovered the original Show Me Love. Once he had that track under his belt, his career was underway — he says himself that following the release of the remix, his “phone didn’t stop ringing for five years” from clients looking for remixes.

So how did he end up with this track anyway? As with most things related to success in house music, he was the one who took the lead. Looking to further his career, Sten got in touch with an A&R guy he’d met through DJ’ing at Champion Records (the label who released the original) and asked if they had any songs kicking around in the basement that he could work on, (actually to be more precise “Do you have any old crap I can work on?”). They sent him back Show Me Love. He got to work, and in the space of around four hours, finished his ‘remix’, got his minimal remix fee and moved on… (in fact it took a trip to London on a non-related business trip, that he happened to catch Top of the Pops on TV when he heard, then saw his track on the show!)…little did he know he had created a song that would become one of the best-known tracks of the 1990’s – and not just in the niche house music market, but in all musical markets.

The song performed exceptionally well, in both Europe and around the world. In the UK, it reached number six in the charts and was the number one track on the European Dance Radio charts. Amazingly, it reached number five on the US Billboard Hot 100 Chart. This was exceptional for a European produced house track, which had a limited audience in the US.

In the years that have passed, the song has been worked into many other remixes (about 30 at the time of writing!). It also solidified the careers of Robin S and StoneBridge; the latter continues to remix tracks for hugely successful artists, including Ariana Grande, Britney Spears, and Ne-Yo.

And what of the track itself? It shows no signs of going away. And how could it? It’s a monster house track that pushes all the right buttons.

PrevPreviousRon Hardy. Hard house.
NextBlack Box, ‘Cos You’re Wrong on Time!’Next
Whether you’re a house-music aficionado or not, you’ll surely know ‘Show Me Love’ by Robin S, a megahit from the early 1990s. But did you know it was pure luck that this record came to be...