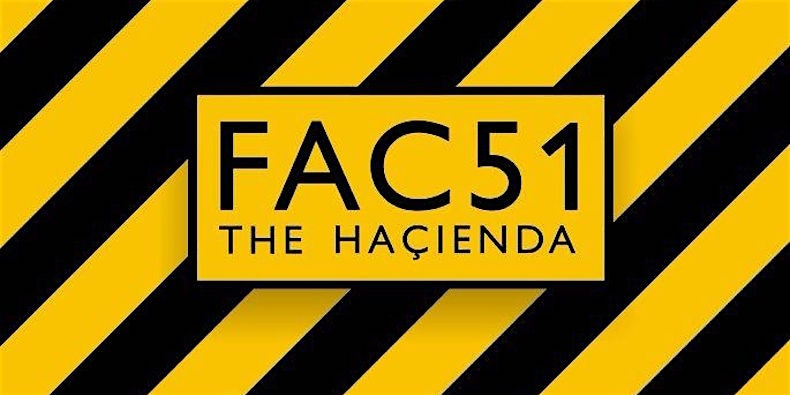 If you start a conversation with somebody about Manchester, it won’t be long before you’re discussing the music scene. Whether you’re an indie buff or a raver, The Haçienda is bound to crop up.

One of the most iconic music venues in UK history, The Haçienda provided house music lovers with some of the most memorable moments of the 1980s and ‘90s. In this guide, we’ll take a closer look at what made The Haçienda so unique.

One of the most special aspects of The Haçienda was the passion and drive behind the launch of the club. This was a venue operated by music lovers for house music aficionados. Owned by Factory Records and New Order, one of a crop of brilliant contemporary Manchester bands, this was a project that set the city alight. Within weeks, everyone was talking about The Haçienda. Label boss Tony Wilson was named director, along with members of New Order.

The history of The Haçienda Night Club

Once a warehouse located on the south of the Rochdale Canal, The Haçienda became one of the world’s most famous nightclubs. Officially opened in 1982 (to a rather rocky start), The Haçienda put Manchester firmly on the house music map, thanks to local DJ talent Mike Pickering and Jon DaSilva. Also worth a mention is just how the Haç sounded, in a word industrial!

The steel fixtures, solid brick walls, and high celling (normally not ideal for autistics!) but somehow worked when house music was played, the THUMP! Of the TR-909 sounded immense for example… The Haç attracting music fans from all corners of the world and playing an instrumental role in the ‘Madchester’ period, which spanned the ‘80s and ‘90s.

The Haçienda was a celebration of house music and it contributed to the meteoric rise of acid house and rave music we still associate with Manchester to this day. The distinctive, industrial-style brick building, designed by Ben Kelly, played host to many rising stars of the house scene, as well as established global artists, including Madonna. In 1986, The Haçienda became one of the first clubs in the UK to offer night owls the chance to party hard to a house music soundtrack, with a string of high-profile resident DJs taking to the decks. By the start of the 1990s, the club’s unique nights, including ‘Hot,’ an Ibiza-themed event, had become the talk of the town, and news of the club travelled far and wide.

During the early 1990s, the club continued to make waves, but it ran out of steam towards the end, with ongoing financial difficulties the straw that broke the camel’s back in 1997.

The Importance of The Haçienda

The Haçienda was one of the most iconic symbols of Manchester for several years, and despite the fact that it no longer welcomes clubbers and house music enthusiasts, its legacy remains. Manchester is still synonymous with music, DJs and an unbeatable night on the town, and people will talk about the acid house years for decades to come. A beacon of house music history, The Haçienda was ground-breaking and it paved the way for house DJs to dominate and provide a different soundtrack for fans who wanted to explore new music and experience an unforgettable atmosphere. There was something magical about The Haçienda, and it has, quite rightly, cemented its place in the music hall of fame. The Haçiendaa was significant, not just because it embodied the free and fun spirit of Manchester, but also because it set a precedent and it offered something truly unique. This club was a blueprint for venues that popped up across the UK and all over the world in the years that followed its opening, and it will always have a special place in the heart of Mancunians and house music fans.

The Haçienda’s cultural significance is underlined by its place in the top 10 of the music and literature category of A History of England in 100 Places. The Manchester club so many people knew and loved finds itself in the prestigious company of Stratford-upon-Avon, Shakespeare’s birthplace, Abbey Road Studios and The 100 Club in London.

The club may have closed its doors more than 20 years ago, but talk to anyone about music and Manchester, and the significance and impact of this club will soon become clear. An enduring, historic symbol of house music, The Haçiendaa’s legacy will burn bright and keep dance floors rocking for years to come.

One of the most iconic clubs in music history, The Haçienda opened its doors to revellers in 1982. This club put house music on the map, playing a crucial role in the rise of acid house and of the city of Manchester and its reputation for hosting the best nights out in the world. The Haçienda blazed a trail, and more than 20 years after it closed, people still talk about the DJs, the unique atmosphere and the hours spent raving on the legendary dance floors of this once-in-a-lifetime nightclub.

PrevPreviousLouie Vega
NextWalk This Way…Next
If you start a conversation with somebody about Manchester, it won’t be long before you’re discussing the music scene. Whether you’re an indie buff or a raver, The Haçienda is bound to crop up.