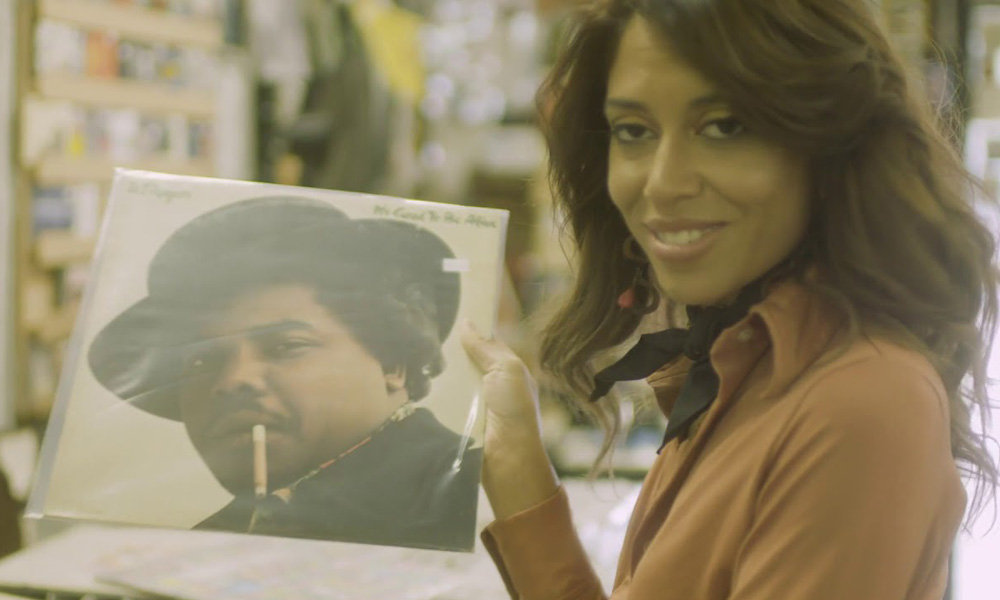 If you are a fan of great DJ’s who are immersed in the house, soul, and disco scene, then you have probably heard of Natasha Diggs. If you haven’t, now is a great time to discover more about her.

As an NYC based DJ and Producer, Diggs uses her broad knowledge of music to give diverse crowds from around the world a great time. Her aim as a DJ is to uplift and liberate dance floors, and she does this by dipping in and out of different types of music. In one set she could include funk, house, reggae, disco, hip hop, soul, latin, and much more. This is what entices so many people, and why she is one of the most sought after DJ’s in the world.

The amazing, unique thing about Digg’s DJing is her use of 45 vinyl records, to carefully curate the sounds of her set. DJing with 45 vinyl records requires the ability to dig deeper to come up with great soundtracks for parties. Her ability to successfully DJ any type of party, event or space is down to her in-depth knowledge of music. This ability to rock crowds has enabled her to join in a rich legacy of NYC nightlife and become known as the 45 Queen. She regularly shows off this talent for spinning with ‘little records’ as a resident at Mobile Mondays!, a weekly event in NYC that attracts all types of music lovers and shows them how excellent the 45 RPM record can be by transporting them back to a time when the DJ would create an event with records.

A Passion for Vinyl

Diggs’s enthusiasm for vinyl records started when she was a teenager. She would collect records, and her passion grew so much that she acquired her first set of turntables when she was 17 and set out on her journey as a DJ. This journey has led to some fantastic experiences such as touring with Lauryn Hill and playing alongside or opening for artists like Kenny Dope, Erykah Badu, Mark Ronson, The Pharcyde, Spinderella and more. Her career as a DJ has also seen her travel to Tokyo, Beijing, Prague, Berlin, Sydney, Los Angeles and other places to provide the soundscape for incredible parties. The type of party doesn’t matter; she is just as comfortable playing an underground loft park as she is a huge crowd of people at a concert. She can adapt and come up with a soundscape to fit any situation, standing her own with deep selections, or party rockers.

During her career as a DJ, Diggs has achieved many incredible things. In 2013 she got recruited by Q-Tipps to DJ with him at #OFFLINE produced by Giant Step, which was his weekly NYC party. At this party, Diggs got to be heard on at Club Output on one of the best Funktion One sound systems. She was a featured DJ on ‘Welcome to Jamrock,’ which was a VIP cruise travelling from Miami to Jamaica created by Damian Marley. She was also asked to play at the Jean-Michel Basquiat exhibit opening at Brooklyn Museum and the album release party for D’Angelo and the Vanguard’s Black Messiah.

Natasha has also been able to build a client list that includes many celebrity and corporate clientele, that continues to grow. Some of the clients on this list include Google, Grey Goose, Nickelodeon, Pharrell, Heineken, amongst many others. Diggs also had the chance to DJ at the launch of the World Youth Report at the United Nations, which not many DJs have ever had the opportunity to do. It will be amazing to see what she achieves next, from events to TV shows and parties! The possibilities are endless.

If you would like the chance to see Natasha in action, you should try and attend one of New York City’s classic cultural institutions of music, where she is a resident; Soul in the Horn and Mobile Mondays!, which is an all 45’s vinyl night party. That way, you will be able to see for yourself how she is able to uplift and liberate a dance floor, whether she is playing Serota or all vinyl. If you can’t make it to a club night in NYC, you don’t have to miss out. Diggs has a weekly show called Abstract Radio that she does weekly with Q-Tip that you can listen to on Beats1 Apple Music. There is no reason why you shouldn’t take the time to experience the vibrations that she creates and to benefit from the uplifting, healing dance floor that she creates no matter where you are.

PrevPreviousKing of the Beats: TR-808 + TR-909
NextFreestyle: A Brief HistoryNext
If you are a fan of great DJ’s who are immersed in the house, soul, and disco scene, then you have probably heard of Natasha Diggs. If you haven’t, now is a great time to discover more about her.