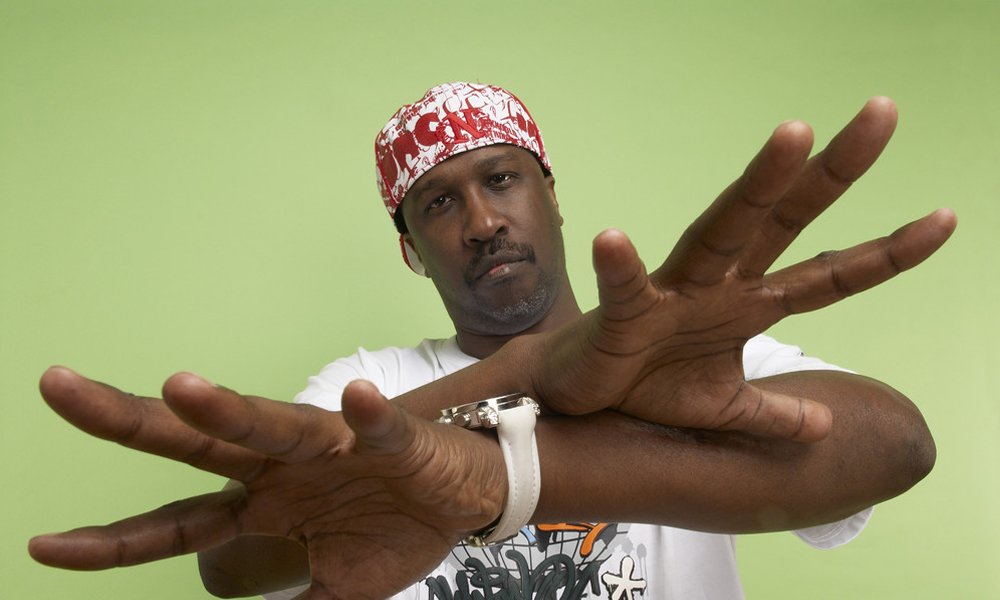 Todd Terry is a well-known and respected DJ, record producer and remix artist. He is best known for his solo work, and for a number of collaborations, including his work with Masters of Work artist Kenny “Dope” Gonzalez. He is considered one of the defining voices and artists of house music in the 1980s and 1990s.

Terry is often credited with moving House music beyond its early Chicago roots in the mid-1980s. During that time, Terry was deejaying house parties and block parties, learning to sample sounds coming from Chicago, Detroit, New York and more as well as learning everything he could from his collection of dance records. As a young man, he was especially inspired by European dance music. His friendly competition with fellow artist Kevin “Reese” Saunderson fueled Terry’s fire to become an innovative remix artist and DJ, always striving to get the most innovative and fresh sounds.

During the 1980s, Terry primarily DJ’d with a combination of Italo disco and hip-hop sounds, eventually moving on to freestyle & house music. He enjoyed blending sounds of disco and hip-hop into the sounds he had sampled from the various cities he was inspired by. Eventually, he would go on to collaborate and partner with friend Kenny “Dope” Gonzalez, performing under the name Masters of Work, producing and remixing a number of singles including the popular hits “Alright Alright” and “Dum, Dum, Cry”.

Todd Terry is credited with ushering in a new era of house and rave music. Many of his remix releases, including “I’ll House You”, by the Jungle Brothers, enjoyed success on radio.

His  “Missing” by Everything but the Girl, is considered essential house music listening, a song that enjoyed huge success and became synonymous with the dance club scene in the late 1990s. The song was a huge radio hit around the country and all over the world, with a music video that was popular on MTV, and is still played in dance clubs to this day.

Other hits include “Can you Party”, “Party People”, “Yeah, Buddy” and “The Chase”, all released under the moniker Royal House.

In 1997, Todd Terry became a Grammy nominee, honored for his incredible work in the Remixer of the Year, non-classical category.

Terry has also collaborated with singers such as Jocelyn Brown and Martha Walsh, creating hits that reached the UK top 10. Todd Terry’s success continued throughout the nineties as he released a number of productions and remixes with popular dance artists and vocalists that reached various charts and were played in dance clubs all over. He has also collaborated with popular 80s pop group PM Dawn on “Shake”.

Terry has performed under a number of names and aliases, in addition to Masters of Work and Royal House. These include Hardhouse, Swan Lake, Orange Lemon, and Black Riot. He has also recorded under the names Dredd Stock, House of Gypsies, Limelife, Tyme Forse, Gypsymen and CLS. Terry has often preferred to perform, produce, remix and record under various different aliases, monikers and names because it gives him the freedom to create different sounds and musical personas and to collaborate with a wider variety of artists. He is well known for his alias-switching and fans are always eager to clap onto whatever his latest project (and name) happens to be.

Terry’s work has been featured in popular video games, including his remix of “Weekend”, which was featured in the game Grand Theft Auto: Andreas.

In 2007, Terry once again collaborated with friend Kenny “Dope” Gonzalez, along with other musicians DJ Sneak and Terry Hunter, to release a single entitled “Get Down”, which was written by Tara McDonald. The single was released by Strictly Rhythm Records/Defected Records with a remix appearing in 2009 to some moderate success.

Todd Terry remains a popular and beloved artist to this day, and is often credited with ushering in the house genre, using popular beats from various urban cities to create a new house/dance sound that became increasingly popular in the 1990s. He is considered the “father” of modern house music by many, and one of the definitive house and dance artists of the 1980s and 1990s with his music still being played and remixed everywhere. Todd Terry’s name is almost synonymous with the house and dance genres. Indeed, many modern day remixers, with producers and DJs, such as Diplo, David Guetta, and more, still drawing inspiration from him in their popular records and remixes to this day.